As you know I promised Sue, and myself, that I would take a rest from running ultra races for a few months after running my 5 ultra's in 12 months. Well time goes quickly and its now been a suprising 4 months. I have of course continued running....and training intensively on body conditioning but I have not been pushing myself on big 6 hour plus runs......the most I've done is 3 hours. I also had to get all my heart, blood and fitness test results assessed. Many ultra guys run  most races in the summer and rest in the winter....but its just too hot here and so I've taken it easy. I suppose I could have run in the cooler mountains but  running in the Alps is quite brutal due to the elevation gain and with my MVP, I decided it best to take it easy. 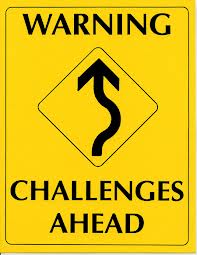 Next weekend there is a multiday ultra event nearby but unfortunately I only found out about it last week (they are not big on advertising these things) and I would have been unprepared. I realised this when I ran a shorter version of one of the races last Friday and I was so slow it was embarrasing. Clearly no matter how fit you are you still  have to prepare specifically for the challenge ahead. At 57 its not so easy just to wing it the way you could at 27. Its a shame as it was 3 races in 36 hours, a 15k, 25k and 23k and included a night run but nevermind there are many other possibilities. I notice the elite guys spend quite a bit of time in selecting which races thay are going to run and when.....obviously there are the nutty ones who do a full 50 or 100 mile race a month.......yep, thats what I said, a month. Anyways I am now trying to find the next challenge. Do I run an easy 20 k training race or a full ultra ? I think I'll ramp up slowly because I have to monitor my heart as well as my fitness levels. Its been recommended that I wear my heart monitor and keep the rate within a certain band as much as possible. The stress test heart specialist said if I train correctly then he would not advise against me running.........then again he doesn't advise me to do it either! Is that a non denial denial or just a sitting on the fence thing?
After the Olympics I half expected to see lots of newly motivated people running on the trails with an excited sense of vigour and purpose to get fit and DO something healthy with their lives.......but sadly not a soul; I have not seen a single runner in the hills in 5 weeks, oh well, what can I say?
Over the past few weeks I've done fast 20k tempo runs....and slow arduous painful 20k runs.....not sure why this is. I am fitter and stronger than last year but I don't know how this will play out in a full ultra due to the on/off nature of these runs.....que sera. My new Cascadia 7's trail shoes have just arrived so at least I'll have a bit more grip after wearing out my 6's. I have to say they are an impressive trail shoe for anyone interested (made by Brooks), very comfy and you can wear them 'in' very quickly.
In the ultra world there have been some impressive performances over the summer, Tim Olsen's record breaking run at Western States, Hal Koerner at Hardrock, Mike Morton's 24 hour US record, Lizzy Hawkers back to back wins at UTMB (again) and RRR.....and speaking of the RRR (Run Rabbitt Run 100 miler), Karl Meltzers astonishing win at 44 years of age over a very young and talented field. Karl has won more 100's than anybody else (33 to be exact) and he just keeps chugging along. His best quote after his win 'To run a 100 mile race you don't have to run fast, you just have to run all day'......well quite.
We had Anton Krupicka's return to ultra's after 18 months of injury, Dakota's new record crossing of the Grand Canyon Rim to Rim......and of course the Killian Jornet Speedgoat 50k switchback controversy.....which caused more heated debate in the ultra community than anything else.
But what of my next challenge. I still haven't decided and the reason is simple. Running an ultra is tough but the long hard training is just as demanding and my age and MVP make the descision even harder. Its a bit like jumping out of a plane....the first time is hard but the second time is harder because you know what to expect. As I said earlier you can't 'wing' an ultra......so I will prepare and select the next one with a degree of intelligence as well as passion. To use the American expression I have to make sure that I have the course well 'dialled in ', (organised, prepared, planned and ready).
Stay healthy.
Posted by phil at 2:55 AM No comments:

I attended  a rather elegant lunch party the other day, everyone was dressed in their coolest summer attire.....well everyone except me of course....I was in my usual shorts and singlet; luckily I have a reputation as this rather weird ultra runner who is obssessed with fitness and so I seem to get away with it....although the fact that I only drink water always seems to screw everyone up. Then they start asking me questions like 'How far do you run, how high and for how long?'...which is then always followed by a 'Why?' 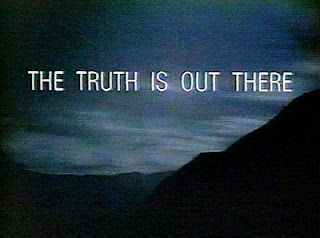 I do try to form an erudite and suitably intelligent answer but at a large social gathering when most people have drunk rather a lot of wine I have to admit that I must sound a bit weird. In fact I heard the one and only Anton Krupicka (He of the elite, no shirt group of runners) say that during the 100 mile Leadville race he felt this sport was a bit 'silly'....okay that was after 17 hours of non stop running but he has a point. Is what we do silly or weird or just plain nuts? I mean I know we all like running through the wilderness, forests and mountains but !! Actually its strange how you get out of practice because last week I did a two and a half hour, 20k run with 4000 feet of elevation gain and normally this would be no big deal but because I'd been taking it easy for the last few months I found it quite demanding. This could have been for several reasons; Fitness (unlikely), Heart worries (possibly) or worn out shoes on rugged terrain (bingo!) that had to be it. I've had my Cascadia 6's for a good 700 miles and so I got straight on to Brooks Running and ordered the highly rated Cascadia 7's in fiery volcanic red. No doubt by next week I'll be lighting up the trail like Anton himself and if I remove my shirt as well I'll be flying.
But back to the lunch party, our host Nicholas is 65 years old going on 17. He has lived a very 'full' life to put it mildly and yet somehow, despite behaving like Keith Richards brother, he seems to retain a youthful exuberance that completely belies his existence. How does he do it ? He doesn't run up mountains or drink water (God forbid), he party's all the time and has boundless energy. It is one of life's unique conundrums that despite all my strict specialist nutrition and Spartan like fitness routine Nick has always got loads more energy than I have! Now that is weird.
But I digress....so, why run ultra marathons? Its not very good for you, it can be boring, tiring and exhausting, it takes tons of time, training and discipline, its not exactly very sociable ( I don't no anyone who runs ultra's except my friend Jamie and he lives in China!), and so the question still remains, why? Well in the final analysis I've arrived at the only conclusion possible and the reason I do it is because........ I am completely certifiable! Sorry but thats the simplest explanation I've got; every ultra runner is in fact a nutcase or bonkers, mad, weird, totally loopy and should be commited to a government institution....oh and possibly masochistic too. Okay, so now you know, any other plausible explanations are utter fabrications of someone trying to justify what they do.
Unlike most people who run regularly I shall tell the truth. It hurts and this idea of being addicted to a runners high is just plain bull***t. I don't know about anybody else but for me I think I just enjoy the quiet and the stillness, now I suppose I could get that by going for a hike but that feels to lightweight, ( sort of like why have a diet coke if you want a coke ?....its all crap so you might as well have the real thing).
What I would say is that there are many moments of joy and wonder mixed in with the hardship and maybe its this antithesis that has an appeal......and when you complete it and finish, its such an emotional experience it sort of makes it worth all the pain. I should imagine my friend Nick has no idea what I'm talking about....but as I said, he's weird anyway.
Posted by phil at 2:00 AM No comments: