Phil Jeremy Personal Training: 'FAT BASTARD': I'm sure we all know 'Fat Baarstard' from the Austin Powers movies, if you don't then look him up on You Tube. After ponder...
Posted by phil at 7:53 AM 1 comment:

I'm sure we all know 'Fat Baarstard' from the Austin Powers movies, if you don't then look him up on You Tube. After pondering about the size of people's bums and waistlines that I witness on a daily basis I started wondering if they want to be obese; some secret, innate and comforting desire to be all fat, warm and cuddly. Like the old comedy sketch where people are going around shouting with pride, 'Look at me I'm enormous!'... Maybe and if you are one of those then good luck to you. I'm often told that being fat isn't important it's the spiritual beauty inside that counts. Well absolutely, I agree and again if you are contented and at one with yourself, God and the Universe then don't read anymore of this blog. 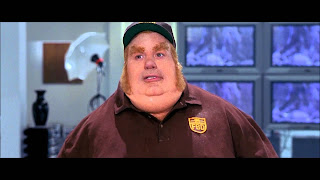 My whole website, blogs and daily life are aimed at those who are perhaps not happy with their obesity or maybe those who are fit and healthy but just want to tweak it a bit more ... or most likely those that lie somewhere in between.
I preach a mantra which is fairly consistent, what surprises me is how many people just don't know or understand the basics of good nutrition and effective exercise. Either they follow the latest Gwyneth Paltrow obsession of grilled, poached aubergines with manuka honey, beetroot and Kangaroos testicles ...or some training guru weaned by Himalayan mountain goats with the all new singing and dancing 10 ways to do sit-ups whilst boiling an egg and sipping on strained guava hearts.
The reality is that healthy nutrition and exercise where one can lose weight, cut fat and build muscle for a strong fit body is so simple it's ridiculous and yet the question remains, why are nearly 70% of the western worlds population 'fat bastards'?
One could argue that 'it's complicated and not that simple' or 'I'm insulin sensitive.. or resistant' or 'I've tried every diet and nothing works' or my personal favourite 'Well Phil you see when it comes to exercise I'm a non-responder'. Laugh out loud, what utter bollocks!
Just because a doctor on telly tells you that some people don't respond to exercise, why on earth do you think he means you, especially when you are the only one taking up two seats on an aeroplane.
And whilst I'm at it let me nail this lie once and for all, 'everyone responds to exercise', test after test will show this, the point is different people respond in different ways. The latest experiments have shown something that those in the industry have known for a long time which is that different forms of exercise are more effective for the different body types.
I have trained so many clients, with a range from the fattest middle aged woman, to the slim girl with a big bum, to super fit triathletes, to the guy with skinny hips and a big fat belly. All improve, lose fat and get fitter and leaner in the right areas. I pointed out to one guy who was very fit and in good shape apart from the fact he had a belly on him that he had to lose it as storing fat on your stomach is the most dangerous place. He didn't think he had a problem however when I pointed out that the fat on his belly alone was the weight of the 24k Dumbbell he was holding with two hands it got his attention.
I guess I'm in pretty good shape but I can still improve my fitness. In the last few months I have lost nearly 6 kilos, most of it fat and some muscle. Its called 'cutting'.... now I will work on building muscle thereby increasing my weight slightly but in the right areas so as to become more lean and toned. Yesterday someone asked me how I did this when I was already looking fit and lean. The simple answer is correct nutrition, no dieting. Its always what you eat.
I have been in the UK this month and one morning I watched people queuing outside a bakery called Greg's for pasties, pizzas, bread, waffles and pastries and it was 8am! Every single person was enormous and looked old, poorly and undernourished. It was very sad, I wanted to say something but I would have probably got mugged, trampled to death or worse still, sat on.
In fact obesity appears to be completely out of control in the UK, probably as bad as the US. The culprit and causes maybe many and varied but in my opinion its all about Sugar. Not the sugar you put in your coffee but more the sugar in everything else, often hidden by the food producers and called  exotic names, like maltose, sucrose, fructrose corn syrup, barley malt, honey (even the trendy expensive manuka honey is still sugar so you have been warned). Apparently there are 61 different names for sugar in food so don't be fooled. Remember the body converts sugar to glucose no matter where it comes from, be it a healthy strawberry or a Mars bar and if you have too much glucose in your system then it gets stored as fat... and voila, obesity.
Exercise will make no difference so stop kidding yourself: Exercise will keep you fit, strong and healthy but unless its specific or extreme it will not help you lose weight. Its 90% what you eat, please, please remember this.
﻿
I see little point in employing a personal trainer who doesn't discuss nutrition, its a bit like playing a game of tennis without a racket... or in my case, balls. Also different people need to concentrate on different areas to achieve their goal but you need to see the whole picture.
﻿﻿﻿﻿﻿﻿ I have been having coffee in a local café and they sell pancakes, waffles, ice cream and chocolate cake for breakfast! I asked the lovely owner, Jane, what would happen if she sold them my breakfast of protein and salad/vegetables etc.... her reply was that she would be out of business in a month ... and then politely asked me to leave the café as I was a bad influence, (only joking).
The stats every day come out with more and more depressing health service costs that are caused by overweight people, and yet everyone just carries on in blissful ignorance with the constant refrain of 'they don't mean me' .... unfortunately they do. Its a bit like being stuck in a traffic jam and blaming the traffic ... you are the traffic! 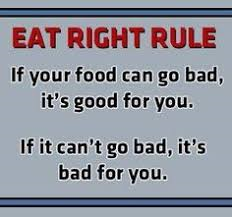 Some days I literally do not see one normal, fit and healthy person,  everyone is fat or grossly overweight.  so much so that it has become normalised in parts of the country as everyone looks the same so no one feels out of place. In fact healthy people look like freaks and this is not an exaggeration. It is so easy to cure this epidemic, stop eating what you know you shouldn't and start eating what you know you should. Forget the endless diets with stupid names, sensible nutrition isn't sexy its common sense, the clue is in the word sense.
Make a decision and change your life. If you don't have time for a healthy lifestyle then you'll soon be making time for illness.