Although the phrase has been linked in various degrees to several places around the world it is most closely associated, especially in Britain, with the county of Yorkshire. 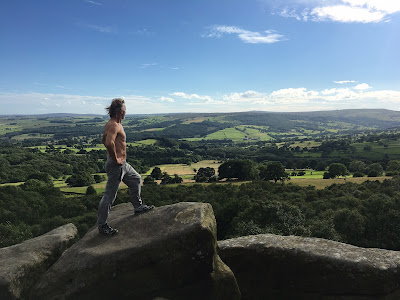 As some of you know I have returned here after many years of living in the Mediterranean . I was
born and brought up in Yorkshire to the age of 14 and nearly 50 years later I have come back to my roots. Why? is the constant refrain as I have a reputation of loving blue skies and sunshine.
The answer is not easy and definitely not simple but as this is a fitness and health blog lets just say I felt it was something I was drawn to do.
I had little idea what to expect as the decision was taken very quickly, all I knew was that I needed a dose of gritty realism, history and perspective.... and that's certainly what I got, in bucket loads.
Yorkshire people do not suffer fools, they don't take or give any bullshit, it's a simple quite ruthless and very direct philosophy and you hear it every single day. This has a real wake up feel to it, you either get it or you are history. Many places in the world have their own distinct characteristics, Californians are laid back, Italians are fun loving, the French are miserable, (joke but you know what I mean), New Yorkers are savvy, Serbians are hard, the Germans are efficient, Scousers (from Liverpool) are funny, in fact they are so funny that if you can't give as good as you get then you better be quiet, Russians are tough,(actually its hard to give a definite characteristic but I wouldn't mess with them.).... I could go on but you get the picture. I know these are generalizations but very often they are true.

So my character was shaped in my formative years by this incredible attitude of 'stop moaning and get on with it'. There are no excuses in Yorkshire, Nike could have stolen their catchphrase, 'Just do it' because they're aren't interested in any weak behaviour, period .This attitude is coupled with astonishing openness, kindness and friendliness which makes for a rare cocktail that is hugely disarming. I have never lived in a place where everyone works so hard and yet nobody complains.
My 92 year old neighbour was waiting for a bus the other day in a bitterly cold hurricane when she shouted out to me with a huge smile on her face ... 'Good morning, bit windy today isn't it'.. I offered her a lift and she said no thanks the bus will be here soon.... and that just sums it up... no fuss.
One winter my local builder, Scott, was hiking up Helvelyn in the lake district in 2 foot snow drifts and -7 degrees. On the way down, the Mountain rescue team were coming back up the other way with all their specialist gear as there was a huge rescue emergency. They shouted at him 'What the hell are you doing up here in this weather?... his reply was priceless, 'Just taking dog for a walk', he didn't make excuses and saw no reason to because that's exactly what he was doing, the extreme weather was irrelevant to him, in fact he once told me that 'there was no such thing as bad weather just inappropriate clothing'. Brilliant isn't it? This attitude breeds hugely capable people and they are the type of person you really do want around in a crisis. Yorkshire has a history of producing extremely successful people in many areas of life and you can see why when you live here.
﻿﻿ 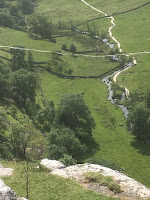 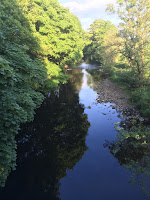 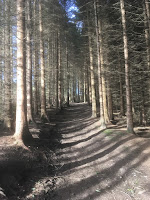 So why is it called God's own country... the answer is simple, just look out the window. Everywhere is stunningly beautiful and dramatic, it has a calm nurturing effect on the soul. You just stand there in awe of nature in all its forms, even when cold or stormy it still takes your breath away.
And yet when it comes to health and fitness there is a strange paradox.

Yorkshire people are tough; they hike, walk, cycle, play a myriad of sports and are what you would consider fit and strong but a great many are not healthy. They are overweight even obese and many of these people work super hard and exercise with vigour, passion and commitment and in in all weathers... so what's the problem?
You only have to live here for 5 minutes to know because the answer is in their diet... its atrocious.
﻿﻿Pies, pastries and cakes are sold everywhere. I have witnessed big tough burly builders and craftsmen who are super strong consuming two meat and potato pies and a can of Coca-Cola for breakfast. Then they smoke at least a packet of cigarettes and more pies for lunch plus beers and soda's.... and this is just the women!....(ha ha only joking).
Nevertheless you get the picture. Some of these guys are 30 years old but look about 50 and they don't care. To be fair this is mostly in the country but even in the towns the women are generally obese and because its the norm nobody seems to notice or be particularly bothered. Every coffee shop its cakes, waffles, pasties and ice cream and yet they are all out there working hard. A local doctor told me today that 99% of his clients under 70 years of age are overweight or obese!
﻿﻿﻿﻿Its an odd conundrum but I think I've worked it out. ﻿﻿Essentially people over the age of about 70 are very healthy due to the diet they have had all their lives, which was always local farm produce, water, milk ,eggs, meat, vegetables with very little pesticides or additives and naturally organic. They breathe clean air have a healthy way of life and keep active every day.
People under this age have a poor diet, smoking is very common and although they work hard it makes very little difference to their overall health. I know the health services in Britain, America and Europe are creaking with a lack of funding but also the responsibility lies with the general public who are not taking responsibility for their own health.
You know who you are.  I always ask the doctors for a copy the results of my blood tests, urine, heart, scans, etc. They always look astonished because apparently not a single patient asks for these.. ever! No personal responsibility.

All the attention to health is after you've been diagnosed with a problem not on prevention by living a better lifestyle. 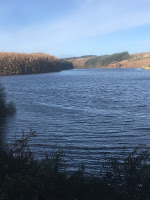 ﻿﻿Alcoholism is another issue that seems to run through nearly all ages and classes though statistics show that its worse during middle age. The illnesses, dementia, diabetes and deaths that it causes are well documented but nobody seems to care, either that or they feel helpless and just don't know what to do.
﻿﻿  The lady in the local supermarket told me last week that the whole shop was watching me do a HIIT in the car park. Apparently they all said 'I wish I could do that'...I replied 'but you can', she just stood there, laughed and said 'have a lovely day'. I left the shop not knowing what to think...or do... still, they're lovely people and very happy, so what could I say?
Later on I went for a life affirming 8k run around a most beautiful local lake, it was just glorious, I do wish more people could appreciate the joy of fitness, they really are missing out.
﻿
On a separate note, today we completed purchasing some of Yorkshire's most hallowed ground. After many months of protracted negotiation, I finally became the proud owner of 3 acres of Brimham Rocks. 95% is owned by the National Trust and 5% by yours truly. I used to play here in my youth with my sisters and friends, it is a wondrous, almost mystical place. Many people I know talk of the happy times they spent there, I regard it as a privilege to be the guardian of just a tiny part of Gods own country.
﻿﻿﻿﻿﻿
﻿