Phil Jeremy Personal Training: VIVA ESPANA !: As some of you know I have been spending a few months of the winter in southern Spain to recharge my batteries. Having lived in the south ...
Posted by phil at 8:02 AM 1 comment: 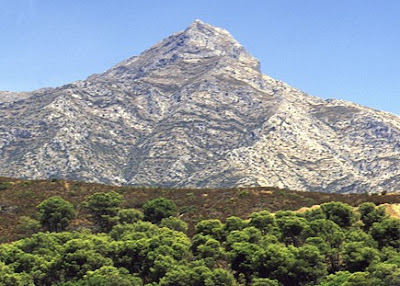 As some of you know I have been spending a few months of the winter in southern Spain to recharge my batteries. Having lived in the south of France for such a long time we felt that a change of environment and lifestyle would be a positive thing. Different stimuli are always healthy and besides you never know until you try. I love the French way of life, the sense of history, food, friends and family, the weather etc and its hard to drag yourself away from a life that is comfortable to something unknown but that was the decision and so off we went.
Due to work commitments we had to spend a brief period in the UK before leaving, this was a huge shock to the system. Sue quite enjoys spending  time in Britain but I was a basket case. I know I will get criticised for my views on this but I just don't get two things about the UK;  Firstly the rampant consumerism and secondly the weather. I could not walk down the high street of Richmond upon Thames without being hit by a tsunami of shoppers with bags and bags of crap that they do not need and that will hang unworn, slowly rotting in a cupboard somewhere being eaten by moths. Then there is the eating.... What is it with the western world? People are walking along seemingly unable to exist until they have shoved some unwanted pastry down their necks or consumed a special soda, energy drink or a bucket of milky coffee with a 1000 calories in it.  Its obscene and it was everywhere and Richmond is a wealthy sophisticated area so you can't blame it on a lack of education.
Why do fat people eat shit then buy an expensive dress to cover up their belly's to make them feel good. Or buy a watch or jewellery that they think will make them feel or look attractive when the reality is it makes them look like an oversized jerk. Then, to add insult to injury, they do all this in the pouring rain and freezing cold whilst breathing in toxic air from the never ending traffic... its madness. Now I'm not saying they are not nice people all doing their best in their own way but sometimes you've got to step back, look at yourself and say 'enough'. People need to get a grip, obesity levels are off the charts in the UK, USA and many other countries and yet nobody seems to care. There are consequences to this lifestyle and believe me they are not pretty.

I felt suffocated and had to escape to the park to run and breathe some clean air, some space and some calm but this too had to be timed to perfection in order to get a parking space and because it was so dark they shut the gates at 3pm! On many occasions it would take 45 minutes to drive 3 miles just to get to the park entrance. As for the weekend it was like Grand Central station or Oxford street during the Christmas sales.
Now the flip side is that I have some great friends there who are fun, dynamic, loving and nutty plus I saw my son Alexander a lot so it was worth it. .. but 4 weeks was all I could cope with.

So the time was right to head of to Spain for some much needed Vitamin D. Spain is very different to France (and the UK obviously), for a start they don't get up in the morning, its quite bizarre. Apparently the effect and damage to their economy is immense but they don't care, its hilarious. They are so laid back they are nearly horizontal.
I do not speak Spanish but its a beautiful language to listen to. My Spanish consists of ... 'café con leche' ... 'por favor'.... 'dos' ... 'asta la vista'.... and 'hola'. Some would argue its not too far removed from my French but I digress. The coffee in Spain is utterly unique, they only serve one type wherever you go and its always fantastic and always €1.50.  Starbucks should send some spies down here to learn how it's made, I just don't know how they do it. Many of you have been to Spain I know but the coffee thing gets me every time.
This part of the country is also famed for the crime which is odd because when you live here its just like anywhere else. Many French and British expats look down their noses at the Costa del Sol because of this and the 'type of people who visit'. Yes its not as pretty as France but its still a beautiful area and the people are warm, friendly and welcoming. The main thing of course is the weather, it is much hotter here in the winter than France. I have sat outside nearly everyday for breakfast and lunch and usually every evening. This helps lift the spirit, well it does for me anyway. 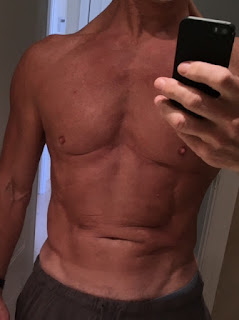 The gym I go to is also laid back, nobody seems to care whether you are a member or not, they just smile and wave you in. Its owned by a guy called Hilario, which means 'happy' and he always is...how brilliant.... and named after one of Seven dwarfs, his wife is probably called Snow White or should I say 'Nieve Blanco'.  I must admit that some of the Russian guys in there are so big they make me look like a skinny wimp. I've decided that as President Putin has a massive house near here then they must be his private security guards ... or perhaps something a little more unsavoury, either way I won't mess with them. I nod and give it my best hello...pronounced 'pree-vyeht'...The only other bit of Russian I know is 'dasvidaniya' which means goodbye. I learnt that from the movie 'Ice station Zebra'.... yep its pathetic I know but who cares, I'll probably be fluent by the end of the week.
We eat exceptionally well as many of Europe's vegetables are grown near here so the quality is excellent and my fridge is positively bursting with vitality. I have tried to vary my training much more than normal, with running, weights, cycling and swimming and I think this, along with our excellent diet, has proven to be very effective.
Finding a new routine and settling in to a different lifestyle is often fraught with mishaps but pushing out your envelope and speaking to different people has its challenges especially if you are like me and don't normally speak to anyone. I mean apart from my Russian acquaintances I don't bump into anyone I know so that's sort of odd.
My café is the excellent 'All in One', the food here is unbelievably delicious. There are 3 different waitresses, one is from Yorkshire, Georgia who greets me with 'Would you like a coffee?' pronounced 'coffeh', ' then the cockney girl who shouts 'hello darlin'...and then the Spanish waitress, Elena, who says 'Café con leche? The bizarre thing is the two Brits give me a coffee in about 30 seconds whereas Elena takes about 20 minutes, its hilarious. Elena is so surgically well endowed that when she brings the coffee you can see her coming before she walks out the door. 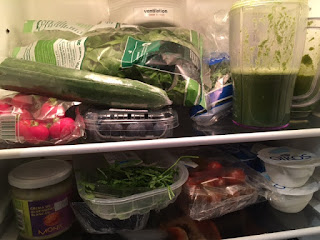 You can park anywhere nobody gives a damn, well apart from one place near the beach in San Pedro where you pay a man a euro but nobody knows why... or even who he is, you just do.
For some reason whenever I give my passport or ID to anyone they always call me Mr Phillips... pronounced 'Meester Feelips'. When I tell them its Mr Jeremy they say 'Yes, thank you Meester Feelips'. So I guess that's my name in Spain from now on.
They build the most beautiful houses and apartments, the only problem is there are too many of them but its all a compromise... and every Brit seems to be a real estate agent.

So what of the future? I miss training with my clients in France but the break from routine is a good
thing and it gives me time to learn and study whilst developing new training techniques that I can inflict on my clients in the future.
Until then its off to the beautiful mountains around La Concha or Mr Happy's gym.
Although my readership is by far the highest in the USA and Europe, at the last count I also had over 6000 readers in Russia, not sure how they translate my humour in downtown Moscow but I guess it works, so in honour of them and my Spetznaz Russian friends at the gym I bid you 'Dasvidaniya'.