Phil Jeremy Personal Training: LAST ORDERS ... DRINK UP PLEASE!: Despite how much exercise people do or how well they say they eat, I find one weakness that tops them all and I use the word weakness delib...
Posted by phil at 12:30 PM No comments:

Despite how much exercise people do or how well they say they eat, I find one weakness that tops them all and I use the word weakness deliberately.
Of the many client surveys that I have conducted I find alcohol to be the most difficult thing for people to control. Although it is a surreptitious addiction, many people are unaware that it is also a huge source of sugar and one that is easily consumed with great speed. Two glasses of wine a day has the same calories as 9 Jam Donuts a week! That usually gets there attention..... though some say 'but I don't like donuts' thereby completely missing the point. ... it's the equivalent is all I'm saying.
Would you eat one and half donuts every day ? ... thought not.

Even today I read that a large glass of red wine is the same as a chocolate bar. Its one of the few food/drinks that's has no ingredients label or nutritional value table. And guess what? It's the drinks companies that are fighting against the imposition of it.
The problem is the social acceptance, non drinkers get a bad rap as being weird. Smoking use to be the norm, now we all know better. There is no question that certain foods, fizzy drinks and yes alcohol will one day be seen as a problem that has just been swept under the carpet. Am I biased? yes. I have seen several lives ruined by not only alcohol abuse but also by a creeping malaise that can affect relationships, work and cause physiological as well as physiological damage on many levels.
If you drink in moderation then fair enough, its not going to kill you but I know people who eat very well and exercise three or more times a week but are overweight and they don't seem to know why. Well the answer is obvious when you ask how much they drink. They ALWAYS say about two glasses of wine a day .... Yeh, right, I believe you... and besides that's still 14 glasses a week minimum.
So what do we do?
The answer is I don't know, all I can do is make us aware of the facts and point out the harsh realities. The various illnesses linked to drinking are long and well documented but everyone thinks it doesn't apply to them.
If I hear one more person say 'but its full of resveratrol', I think I'll scream. Lets clear up this myth once and for all.
Red wine isn't any better than beer, white wine or liquor for heart health. Essentially there's still no clear evidence that red wine is better than any other forms of alcohol at all.
Antioxidants in red wine called polyphenols may help protect the lining of blood vessels in your heart and resveratrol is one such substance in red wine.  It might, (that's might) help prevent damage to blood vessels and reduce LDL but these findings were only reported in mice not in people and furthermore ;-  'to get the  same dose of resveratrol used in the mice studies, a person would have to drink more than 1,000 liters of red wine every day'!
Okay have we got this now.
I am not going to list the negative effects of alcohol because its just too long and I know many of you have switched off already.... and probably ordered another drink!
You cannot exercise away a bad diet or alcohol. Its all in what we consume and the food choices we make. Apparently Type-2 diabetes in young adults in the UK is already approaching dangerous levels and will soon be on a par with the US. Everyone talks about giving more money to the health service, why not deal with the causes of why the health service is creaking. Heal thyself.
And its not just the calories consumed. The body clears alcohol from its system via the ADH pathway which produces certain by products but your body sees these by-products as dangerous, it wants to use them as fuel. This means your body will significantly blunt fat-burning close to 75% after just one and a half drinks. And it will stop using carbs for energy. Therefore, although very little alcohol will be stored as fat (less than 5%), the fat and carbs you are eating have an increased risk of being stored as fat.
Maybe I'm banging my head against a very big wall... but I try.
On a lighter note I heard the best excuse for not losing wait ever. A friend of Sue's had planned to lose 7 kilos so she could fit into a dress for a special occasion. She didn't lose any weight at all and when Sue asked her friend why not, she replied :-

Phil Jeremy Personal Training: WHY DO YOU AVOID EXERCISE ?

Phil Jeremy Personal Training: WHY DO YOU AVOID EXERCISE ?: I have been speaking to a number of people recently and a recurrent theme with most of them is the understanding of the importance of exer...
Posted by phil at 10:49 AM No comments:

WHY DO YOU AVOID EXERCISE ?


I have been speaking to a number of people recently and a recurrent theme with most of them is the understanding of the importance of exercise, they believe it and know that the health benefits are countless and obvious .... but strangely there is also a huge desire to avoid it. 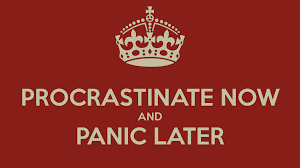 Now if one invites the same people to a party where copious amounts of alcohol are served they'll go at the drop of a hat. They will complain of all sorts of physical ailments that prevent them from exercising and yet downing a bottle of wine presents no problem at all. They could be on a plethora of medicines which again they will use as an excuse not to exercise and yet the same medicines do not prevent them from getting drunk ... or eating all the wrong food. If I point this out they will laugh and say I'm boring. The ridiculousness and hypocrisy of this just seems to escape them completely.

Instead of looking after our health which is the most important thing to a human being bent on survival they choose to abuse it and nothing will prevent that abuse. If they have a cold or a sore throat or a bad back, heart complaint or high cholesterol, even diabetes, chances are they will still head off for that boozy lunch ... but a little exercise, nah!
Weird isn't it. The other excuse is that it's more fun going out than exercising. This is surely just perception as both can be fun and both can be boring and besides whatever you do it's how you do it and what you put into ... and your attitude that really matters.
Often I find going out for dinner or lunch quite stressful, mainly due to the food choices available as well as the time it takes ... and are people really that interesting? As Alan Coren once said, 'If people were that entertaining they'd put them in the corner of the living room attached to a remote!'. And on the flip side, do I enjoy every run or workout ? Of course not but am I benefitting from it? Absolutely.
Life is a balance but the statistics of people exercising and eating correctly is radically disproportionate to those drinking, smoking, eating badly and taking a plethora of prescribed medicines.
It has been suggested that Doctors should prescribe exercise instead of medications, well of course they should but unfortunately they rarely do as people are inheritantly lazy and doctors know this. Patients want the quick easy fix of drugs and pills. A recent large scale study showed an increase of 13% extended life expectancy for those who take regular high intensity exercise .. and this is at any age and yet will people care or take action; judging by the statistics for out of control obesity in many countries, I doubt it. Often when parents are told that their kids are obese they just refuse to believe it and just carry on feeding them crap ... and these are loving, caring parents!
Poor food choices are just a normal part of everyday life and the food companies just don't seem to be bothered at all, its astonishing. They will only change their ingredients or food labelling when forced to buy legislation. There are always exceptions but sadly not many.
So how do you get started and fire yourself to take action? I think setting a goal is a great way of focusing the mind and body otherwise it's all too easy to just leave it .... which is unfortunately what most people do. The question is, 'Are you most people?'
If you keep putting off eating healthily or beginning an effective exercise regime then unfortunately the consequences of your lack of action will be realised in some form of debilitating health issue at some point in the future. These are the facts and it's no good denying it or pretending nothing will happen because it will. If you are reading this and you think you are a little overweight, you are probably very overweight ... and quite possibly clinically obese. If you are not sure then have a fat test or some other equivalent, have a blood test, have a fitness test, have a heart rate test. Then when you have the evidence it may inspire you to do something about it. 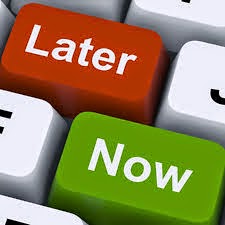 'Our lives are shaped in the moment of our decisions'

Stop procrastinating and DO SOMETHING. This does not mean joining a gym, buying some trainers and then just hanging out in the coffee bar. Make a plan and stick to it. Motivation is what gets you started, habit is what keeps you going.
Healthy eating choices and effective exercise must become part of your life .. not a 2 week wonder. It is proven that exercising continually on a daily/weekly basis is the key to optimum health. It's never too late as the body will respond amazingly quickly once you start.
Its time to take action, get up off the sofa and do something!!