The Health Junkie: CANYON REFLECTIONS: It's been 5 weeks since my epic adventure through the Grand Canyon and already I am itching to go back ... bizarre perhaps but that&#39...
Posted by phil at 7:22 AM No comments: 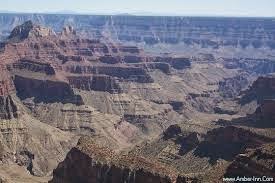 It's been 5 weeks since my epic adventure through the Grand Canyon and already I am itching to go back ... bizarre perhaps but that's the truth. American's have a great phrase during a sports event, 'You got this!' they shout as you pass by and though it may be a cliché personally I find it really motivating. If I am being brutally honest about 2 minutes into my run I think a very quiet voice whispered to me 'you got this', its difficult to remember exactly and it wasn't overwhelming, it was just a feeling of calm confidence, of knowing that all would be well. I was going to do this, what I didn't know was what a unique and emotionally powerful day it would turn out to be.
Many things had gone wrong in my preparation in the last few weeks before my run but what held it together was the training that had gone before ... and this is the key about doing anything like this. 'They' always say that you must trust your training and its true, some of my recent Alpine mountain races were very tough but they obviously helped my body adapt to the rigours of the big GC.
As some of you know I always train using two distinct systems.
1) The classic Lydiard distance run training, building an aerobic base, long slow distance, hill sprints, tempo, speed work etc.
and
2) Crossfit Endurance. (Strength and conditioning)
Now I know some of you are already switching off due to boredom, lack of interest ... or disagreement with either or both systems; the good news is that this blog is not about that although I would like to point out that both systems have their benefits so why not use them; I do, and I train my clients by combining the two.
I digress, the point is that my type of training had gone well up to 6 weeks before my GC adventure when I struck a small rock and pulled a ligament on an easy tempo run, it happens, not often but it happens. I was unable to do any running for 3 weeks apart from pool running and strength/Crossfit conditioning. There is no doubt that this training proved crucial in maintaining my fitness at this critical time. I then spent the last 3 weeks doing light easy runs and one 'back to back' just to get my running legs back. I did not commit to the cardinal error of trying to make up for lost time by doing big runs a few days out, that's just madness.
I did not sleep well in the final week (for various reasons) which was terrible preparation and even my nutrition suffered due to travelling. This is highly unusual for me but again it happens sometimes. Then in the last few days I seemed to be getting a head cold which I have not had for about 10 years  and this plus all of the above, plus jetlag, made for poor preparation.
Finally when I got to the North Rim having not slept properly for 7 days I then had virtually no sleep at all the night before due to my very noisy log cabin neighbours and then I awoke to find the ankle strapping that my physio had carefully prepared had just disappeared! However ultrarunning is all about not panicking when the unexpected happens so I found some old tape in my bag and did my best with that.
But, here's the point, despite all this when I set out on my big adventure I felt calm ... Why? 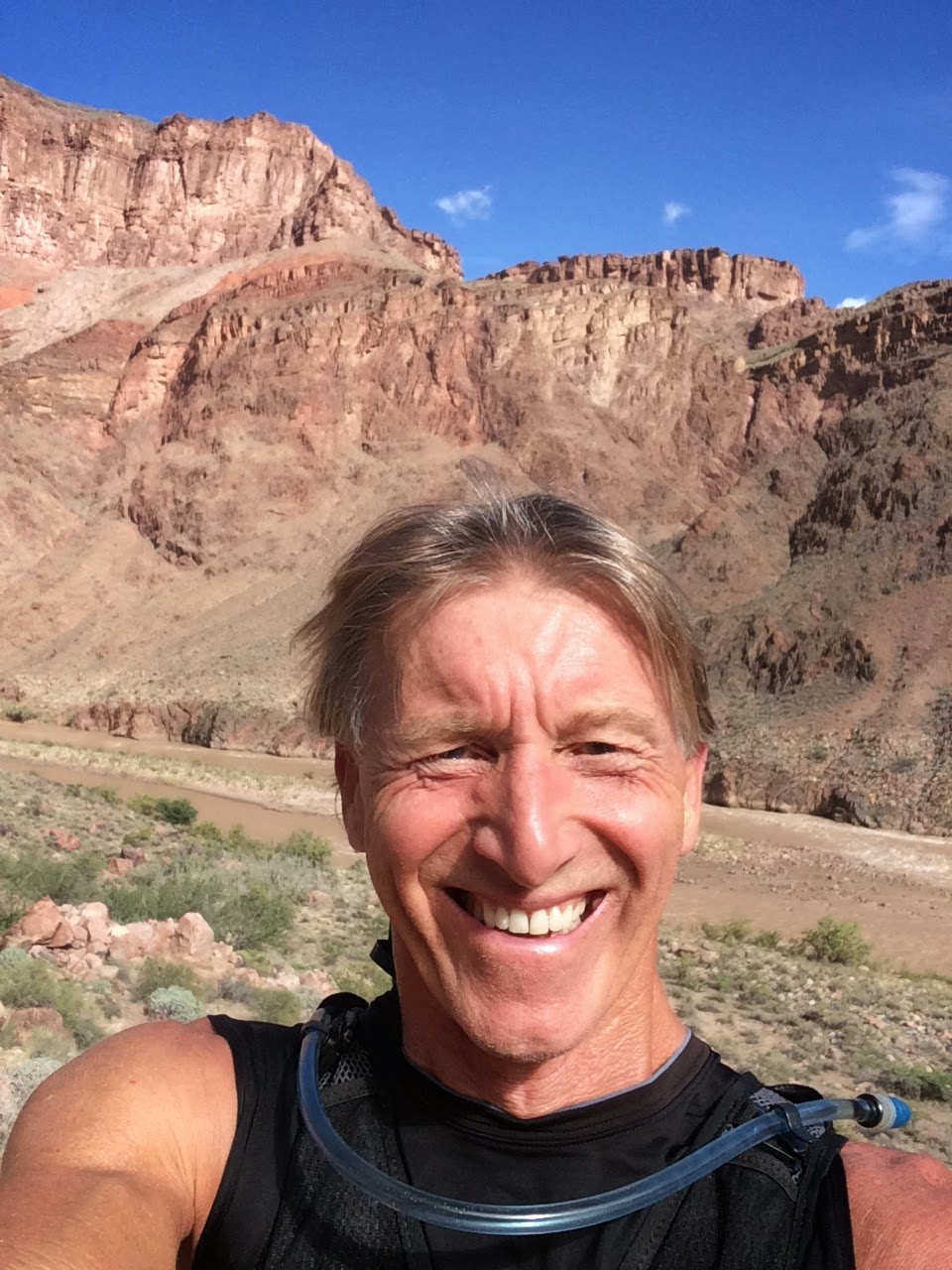 There were several reasons, firstly I was well rested physically as I was unable to train hard for the last 6 weeks and secondly my mind was clear just to do the 'crossing', (as we GC runners call it) all the other stuff in my head was gone, it was just me and the Canyon and it was quite simply peaceful. Of course I was mindful of the terrain, of falling, of snakes, of dehydration etc, etc but essentially I was in the moment, doing it and very cognisant. This was the real thing and it's only at times like this that you feel truly alive, you face your fears and do it anyway and the results can be truly life affirming. It is a truly intimidating place and I had moments of genuine fear before the run but I respected the Canyon and took no chances, (well apart from my injured leg)
For anyone attempting a marathon, triathlon, ultra or any major physical event that is outside their comfort zone just try and stay calm, plan your event, eat correctly, do all your preparation but mostly trust your training, it will get you through, the body is an amazing thing and is capable of doing much more than you can possibly imagine.

I talked a lot in my blog of feeling blessed, I was acutely aware that not many people get the chance or have the time, fitness, luxury or finances (especially if you live in Europe) to be able to do this. I have a very supportive family that I don't take for granted and sacrifices also had to be made by my wife Sue. When other people are going out for the evening I was getting ready for bed, we always left dinner parties early and quite often Sue would prepare a meal for me before we went out because everyone eats late and I am afraid not very well; I have a reputation for being super strict about clean eating, sleeping, training etc but that's all part of the preparation; 60 year old men do not run from one side of the Grand Canyon to the other every day, its very hard and you have to train properly. I am fortunate to be fit and healthy enough to do it and I was grateful for this. (By the way I am not criticising people for their way of eating, it's there choice but if you want to get in great shape then certain rules have to be adhered to, its just the way it is.)
I was genuinely surprised at how much I enjoyed my adventure, I imagined it was going to be one big pain fest but it wasn't, sure my legs hurt and the climb out at nearly 7000 feet is a bitch but its the Grand Canyon so you kind of go with it and accept it. I was in an awesome place, the weather was kind and I allowed myself to enjoy and cherish every moment of the experience plus I always keep in mind a glorious finish and I constantly visualized this.
Another major part of doing something like this is recovery and I planned this as well. Where and what to eat afterwards, recovery drinks, the drive to a particular hotel in the desert that I knew to be quiet, and putting aside time over the following days just to relax and let my body recover. Sue massaged my legs every day, once a day for 4 days. I had ice baths, the right nutrition and a good fluid intake but mostly it was un-stressed rest. Again I was fortunate but all this was planned in advance, it doesn't just happen. My DOMS only lasted a few days and I recovered vey quickly even going for a small jog a few days later. 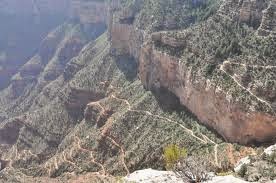 For those interested I drank approximately 4.5 litres of water (including 2 litres with electrolytes). I ate 4 gels, 1 cliff bar, a few smaller fruit gels, 1 salty pack of crackers, a banana and 6 x S-caps. This means of course that I must have been running on fat quite a bit, but I had trained for this and expected it. There were really no surprises and all went pretty much to plan during the run. I didn't fall once, unusual for me, and my foot only had the odd twinge. The part called Box Canyon went on longer than I thought and the trail up to Indian Gardens was not as smooth as I'd expected it to be, the scary descent was scary and I can see why people fall off if they are not concentrating but otherwise all was good ... (the main surprise of the day was that the river was salty which was weird!)

Would I do it again, yes, but next time it would be the R2R2R or 'Double Crossing' (From rim to rim and back again all in one day)... which means a very tough 75 kilometres in distance and a staggering 11,000 feet of ascent, madness you might say but we shall see, I have no plans at present but whatever I do next it has to be inspiring, challenging ... and preferably fun.