It's a New Year and the new Diet/detox/gym/fasting/ fitness/high fat/low fat/carb recycling/paleo/vegan/soup/protein/vitamin BFZX supplement/bean salad/dry January/celebrity exercise rage begins....there's even a Bear Grylls cookbook! ....Whatever, you takes your pick it's all good fun and probably some would work if you did one and stuck to it .... but you won't, you know it and I know it.
Let us assume its February 14th and 6 weeks have gone by, will you still be eating that lettuce soup combo thingy that Gwyneth suggested? Probably not. People will tell you how great you look but you know you don't and besides you weigh the same and probably feel worse. Some will have succeeded a bit and a tiny fraction will keep going and an even smaller fraction will actually have made the shift in lifestyle and will benefit for the rest of their lives but will you be one of them?
Slowly the alcohol creeps back in and the odd pastry or slice of pizza or cookie, etc etc... Disappointment reigns and you are back where you started or worse... oh well maybe next year.
What a waste of time, money and energy. 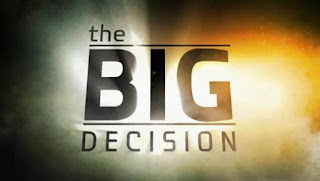 So what do the ones who succeed do (because they will nearly all do the same thing), but what is it? What makes the difference between the tiny percentage who change and the masses who don't?
A prospective client told me over Christmas that she was going to come and see me to lose weight and get fit. I know she wants to and certainly needs to but I told not to bother because she'll be wasting her time and money. This of course caused some consternation until I explained why. I told her very nicely that she wasn't serious even though she said she was.
Now we all know that most trainers /gyms etc will sign up anyone in January and just take their money but I won't because its a con ... and the client signs up for this con because they are putting their faith in someone or something else and it never works.
So who do I take on, well that's simple, I take on the ones who I know will succeed. As Yoda said 'Do or don't do there is no try'. How do I know who will succeed? .. easy....
It's the ones who have decided to.
And that my friends is it. Its not about goals, affirmations, mantras, doing it for someone else, feeling ill, ashamed, fat, tired, ugly or even low self esteem, its about mental commitment. Your life changes when you decide to change it, decisions have great power and I can tell almost immediately if someone has made a decision or not. Once they have made it then my job is easy because all I have to do is give them the right tools and plan to make it happen.
Any sensible fit and healthy person will tell you that it's a lifestyle choice that you have to make if you want to make real and tangible changes. In other words you have to eat clean balanced meals most of the time, drink a lot less alcohol and exercise in an effective way to burn fat and increase muscle mass. Any decent trainer or nutritionist who already lives this way will train their clients this way, it's not rocket science but it does involve commitment and only those who have decided to live a healthy lifestyle will succeed..... otherwise next January you will be starting the new 8.6 Himalayan detox yak soup diet and off we go again.
Posted by phil at 1:25 PM No comments: