Phil Jeremy Personal Training: FACE UP TO THE FAT FACTS.

Phil Jeremy Personal Training: FACE UP TO THE FAT FACTS.:      My last blog on drinking seemed to generate a lot of interest .... probably not the contents of my blog but just because it was about ...
Posted by phil at 12:19 PM 4 comments:

FACE UP TO THE FAT FACTS.

My last blog on drinking seemed to generate a lot of interest .... probably not the contents of my blog but just because it was about alcohol, a very popular subject. As some of you know I don't drink, in my University days I did, but rarely to excess because I couldn't see the point. As I got older I drank less and less as I didn't need it to have a good time or to boost my confidence or to forget life ... or for whatever else the reasons people have.
Sometimes I'll have the odd small glass of beer but basically it does nothing for me. I don't need it. Do I have other weaknesses, of course, everybody does. ( e.g. Chocolate but only the 75% Cocoa kind but that's healthy anyway. ) 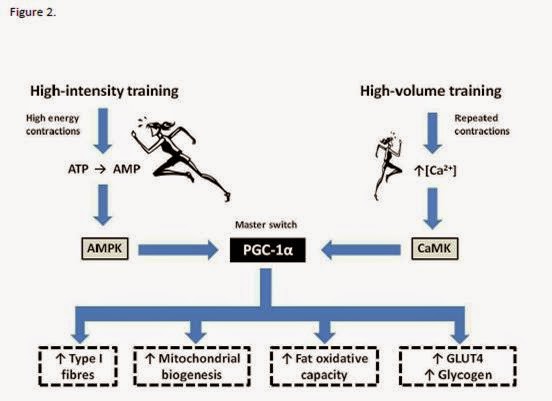 Okay, my greatest health/fitness/nutrition weakness is a chocolate croissant. Most of my readers know that I nullify the effect of this with a 5 minute Glut-4 routine exactly 10 minutes before I have one. It works every time, why more people don't do it I don't know. Glut-4 workouts are so effective when done before eating any 'bad' food and yet the only people who seem to do it are a few of my clients, Tim Ferris and me ..... bizarre!
Simply put an experiment showed that about 280 seconds of intense exercise can increase Glut-4 in the muscles by 83% whereas 6 hours of lower intensity exercise (eg jogging) increased it by 91%. So 280 seconds of exercise had almost the same effect as 6 hours when it comes to increasing GLUT-4 levels. So which would you choose?
The more Glut-4 gates that are open then the more sugar (glycogen) is sent to your muscles ... as opposed to fat storage. You can even get the effect with 60-90 seconds but I do 5 minutes because I get other benefits ... plus I'm a bit obsessive.
Does it work with alcohol I hear you cry? Good question. Well the answer is yes.
If you are going to be indulging heavily one night then do a Glut-4 routine before you go out. To get the full effects then repeat this 90 minutes after.  BUT if you are going to continue eating and drinking badly all night then it won't work, obviously. It works for a specific meal or a few drinks over an hour or so and that's it.
Does it work every time you do it? Yes.
The best exercises are squats, press ups, lunges, dips, burpees, squat jumps, sprints, etc. Do them quickly and with great intensity for the time period and that's it .... go and have your croissant.
Please don't get confused with burning calories, this is not what's going on. Essentially the exercise sends a message to your brain that you need the energy, the Glut-4's are opened and direct that glycogen to the muscles. I like to think of it as a kind of trick because your muscles don't actually need it and normally this would have gone to fat storage but the brain doesn't know this.
As an experiment about 4 years ago we went to Italy for a short holiday. We had pasta and lots of naughty things that I never eat and I did this routine before every meal, in doorways, bathrooms, side streets, etc. Sue said I looked like a right nutter but by the time I returned home my body fat % and weight were exactly the same as when I left ... Sue's unfortunately wasn't. (cos she didn't do it :) ).
The next question is can you be bothered ? Well if you can't be bothered to do something for your health and well being that only takes 60 seconds, I give up. 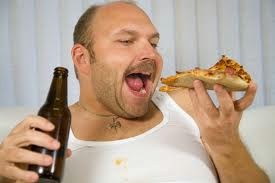 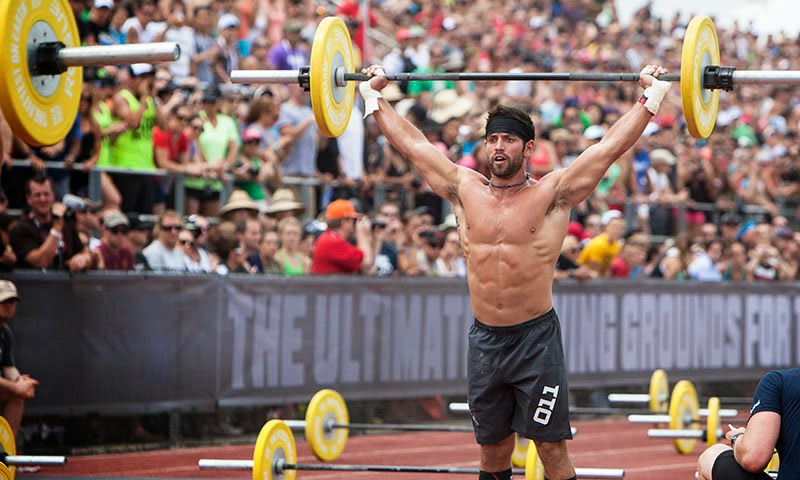 A recent study showed that only one minute of exercise a day,  (20 seconds of  cycling, rest, then repeat 5 times i.e. One minute), increased fat loss against a control group in obese people by 13%. This was done 5 times a week, so 5 minutes of exercise a week had this effect against those who did nothing at all.
The World Health Organisation has just published figures which show that within 10 years 74% of UK men and nearly 70% of UK women will be
overweight... and obesity will hit 36%. The rest of Europe including Russia is on course to be
even worse ... and lets even talk about the US as that's of the charts!
If you are overweight or worse and are reading this then DO SOMETHING and stop blaming everybody else or everything else. The head of the NHS in the UK said that a radical shake up in anti- obesity levels needs to be introduced. I read all the time about more funding needed for the NHS and yet the guy in charge says the way to close the £30 billion funding gap is to stop being nice to people 'cajoling', as he put it and instead get them to sort themselves out. I have a client, who has worked very hard and lost 25% of his body weight and an even greater % of actual body fat, in an effort to cure his neuropathy (diabetes). It takes consistent effort and mental discipline but instead the majority seem to be sliding into all sorts of problems, Heart disease, Diabetes, Cancer, Alzheimer and many others all as a result of what you eat and a simple lack of exercise.
We are living in an environment of over consumption and bad food choices ... and there is a price to pay. If the people who are in the thick of providing health care and are at the coalface of witnessing the problems on a day to day basis then why don't we listen and take action ?
Most of the changes can be quite small and in the overweight can make big differences, simple things, like cutting carbs, reducing alcohol consumption, taking a brisk walk. They don't have to be big statements like dramatic diets that never work or joining a gym or a Boot camp that you never go to.  Its all about doing things that are effective and that you will be consistent at for the rest of your life. Its a bit like lifting a dumbbell. You can lift a dumbbell 50 times quickly but lifting the right weight, slowly and in the correct manner and doing it consistently will have a much greater effect on your physiology.
If you cut out carbohydrates and then go out on a bender or have too much to drink or eat on a Friday night then that's a waste of time because you'll never stick to your diet ... Never. Its basic psychology folks you don't have to be Jean Paul Sartre to figure it out. Real change comes in small but significant steps that you will do everyday for the rest of your life. Build on these changes as your health and weight improve.
I will no doubt get some emails saying I am being too hard or preachy or I don't understand or its easy for you (that old chestnut), so let me be diplomatic for a change ... nah,... I don't do diplomatic ... basically I'm right and that's it. For Christ's sake sort yourself out people.
And for those who have, or are doing something about their health issues, give your self a high five, do a Glut-4 routine and treat yourself to a chocolate croissant!