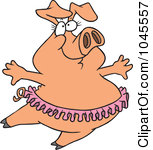 I have been getting rather a lot of comments as regards my new running outfit, some very positive and some a trifle scathing. Luckily I was born with a 'couldn't give a toss attitude', so nothing will deter me, but if I spot some ballet dancing wild boars chasing after me then I may have cause for concern.
One final note on the G20, apparently Obama brought 800 staff with him to Cannes for a 36 hour visit. I must be missing something.....800!!...Thank God he didn't come for a jog in the hills. What with his lot and Putin's entourage of ex KGB and Sarkozy's 12,000 police.....and Berlusconi's hareem of 'Bunga Bunga' girls all scattered across the hillside, it would have been like some strange re-enactment of Woodstock......
Anyway back to endurance running. Its been over 4 weeks now since my self imposed ultra 'diversion' in the French Alps and I feel ready to tackle some longer runs again. Looking back over the past 6 months I can see that I did a lot of long slow distance runs over quite high elevation before my first mountain marathon in Val D'isere. It was 3 months uninterupted planned training and this may  explain why I had very little quad damage or pain during the race. The next two ultras were then only 6 weeks after each other and this involved tapering and recovery weeks as well. The two conclusions I  draw from this are that :- 1)  I didn't do enough specificity of training for the latter two and thats why my quads suffered and 2) They were too close together and so my recovery was poor.(the races, not the quads; hopefully they will always remain right next to each other). 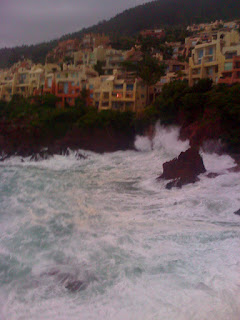 Huge storms here last week so I've been leaping streams and dodging fallen trees all over the place, good fun though and quite dramatic up on the exposed peaks. In the valleys there were terrible floods whilst the sea shore was being battered by the storm surge. This of course all added to the adventure and fortunately I was dressed in my new 'Nureyev' running gear so I was as warm as toast.
Had Part 1. of my physical assessment. Early conclusions are firstly that I have to strenghten the VMO muscle in the lower quads. This I suspected and I 'll be getting recomendations on the most effective way to do this next time. The second problem area is in my diet. This was a suprise because I am pretty strict in what I eat. I 've lost a lot of weight and increased my muscle definition etc. I am the leanest and fittest I have ever been  and aerobically am in excellent condition.......so what's the problem? Basically I have far too many carbs in my diet compared to my fat and protein intake. I need the carbs for energy when running of course but it appears to be a little more complicated than that and so I shall expand more on this protein/carb ratio thing next time after my second consultation !!!
Just completed a 4 hour, 31 k run today. It was 5,100 feet elevation gain and at 7.6 k per hour felt pretty good. At one point as I crested the top of a 1000 foot hill climb there was a bright red ambulance on the track with two medics and a bed all laid out in the sun. 'For me?'..I enquired. He laughed,.'Of course monsieur, but you will av to pay for eet.'  and pointing into the valley below said, 'That ees a big steep climb up to here'.....I obviously didn't look that great and he seemed to be giving me the once over just in case I was about to have a heart attack. 'Nah, dead easy' I replied..... with as much bravado as I could muster. This banter continued on for awhile until I asked 'So why exactly are you out here in the woods today?'.......'Eets a mountain bikerr, he as ad an accident; eet happens.'.....He shrugged., I shrugged, said 'au revoir' and as it all seemed farly light hearted I continued on up the next hill. 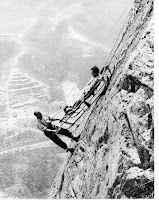 About 5 minutes later a 4x4 came wizzing past me containing the aforementioned mountain bikerr. Both arms in a sling, head bandaged up, blood everywhere and propped up in a neck brace!....The things you see trail running, all I wanted was a quiet jog in the mountains  and instead it had turned into an episode of ER.!! ...I half expected George Clooney to jump out from behind a bush and give me 50 milligrams of morphine....
Anyway, stay healthy.